Transportation to D.C. and back? …

Washington D.C. is one of my favorite cities to visit. The history, the political realm, the food scene, and the fact that everyone you pass may or may not be an undercover FBI agent. Or at least that’s what I tell myself.

However, I learned an important lesson about the ups and downs of inexpensive transportation services.

Niko and I packed our bags and hopped on the Megabus in Durham to begin the 5+ hour trek from N.C. to our nation’s capital. The ride was tolerable; we had reserved seats together and were able to sleep a bit (albeit very uncomfortably), which helped the time pass. We arrived at Union Station around 1 a.m. and settled into comfortable couches that served as our beds for the weekend. Niko’s close friend from high school was kind enough to host us at his sister’s home for the weekend. We conked out immediately.

It was time to seize the day and the city! Our first stop was the National Mall to check out all of the monuments and memorials. I’ve visited to the Mall several times, but I’m always in awe. Niko documented our time at each monument by taking 360 videos on Snapchat.

Wait, I should clarify – by 360, I mean he spun us around in a circle while recording in order to get us + our surroundings in the shot. 🙂

We ended our self-guided tour with a trip to that big white house everybody always talks about. 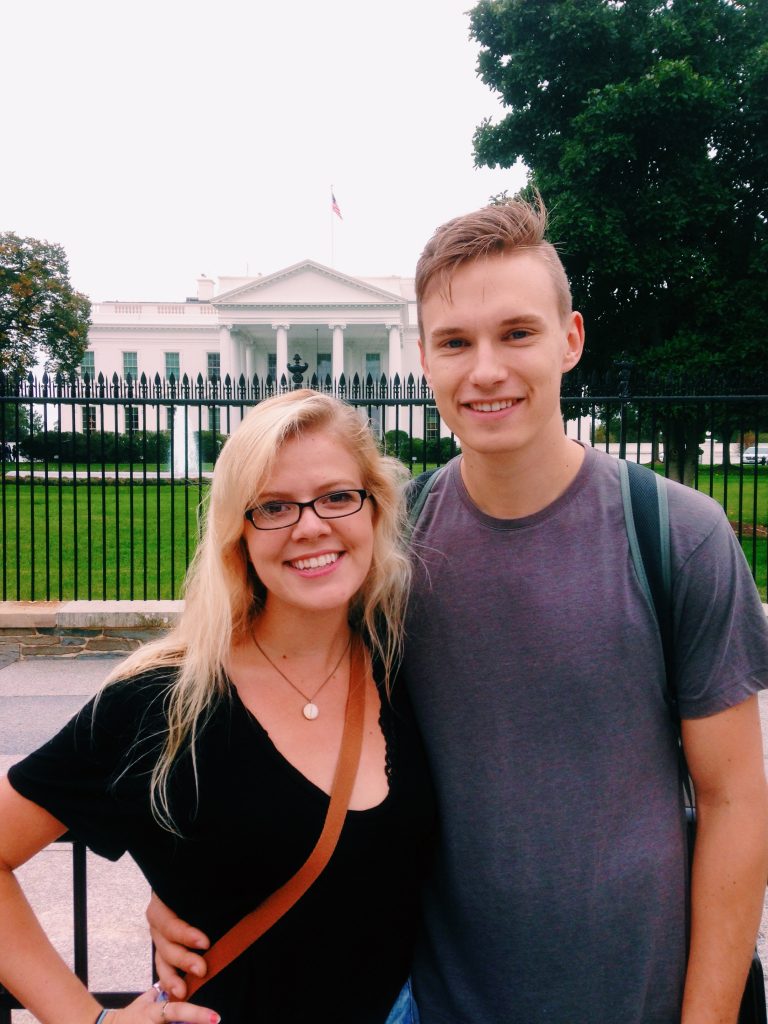 Our next stop was at the top of my list – Buredo!

My first ever nibble of sushi was with Niko about two years ago, and ever since it’s been one of my all-time favorite foods. So naturally, we had to indulge in our first ever sushi burrito. It turned out even better than expected! I’m not a very experienced burrito-eater (I usually go for burrito bowls because they’re 10x easier to eat), so half the contents of my burrito spilled into my basket and food niblets decorated my face, but I ate every last bite. With pleasure. 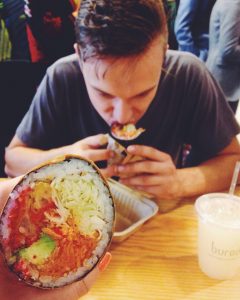 My sweet tooth then led Niko and I to a crepe place, where we gorged on stuffed Nutella and banana crepes, with Nutella sauce and whipped cream oozing out. I also drank my fourth cup of coffee ever.

Yep, you heard right. I had my first ever cup of coffee in Palma de Majorca two summers ago with Niko, and I’ve only had about three cups since. I certainly like the taste of coffee much more than I used to, but I’m trying to avoid falling into the black hole that is coffee addiction. I like to think my abundance of natural energy keeps me ebullient throughout the day.

After filling our bellies, Niko and I headed to Georgetown to explore the sights and sounds, and eventually found ourselves perched on a large rock mere feet from the Potomac River. We stayed in that spot for several hours just talking about everything under the sun. There’s never a dull moment in conversation with Niko – he loves to ask lots of deep, intellectual questions and think about all of life’s wonders and potential. Sometimes I wonder if his question bank will ever run dry. I doubt it. 🙂

Niko’s friend eventually met up with us at a bustling restaurant, where we devoured beers and appetizers while catching up on life, and then kicked it up a notch by having rooftop drinks at the Watergate Hotel.

We glanced at the Watergate menu and saw that the bottle service peaked at $3k, but we managed to find a “cheap” $50 bottle of prosecco to split. I felt way swankier than I actually am as we clinked our flutes and the sun began to sink. Naturally, our conversation revolved around politics as we sat atop the Watergate in Washington DC. 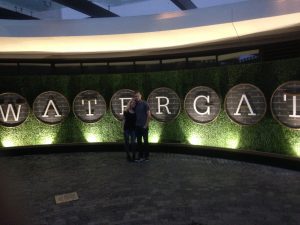 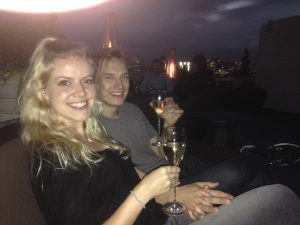 Saturday was dedicated to the All Things Go music festival downtown – the primary reason we decided to venture to D.C. in the first place. The lineup included three of my favorite bands: Sylvan Esso, Passion Pit and Empire of the Sun. I’ve seen each of the bands perform before, but I never get tired of Sylvan Esso’s melodic music, Passion Pit’s upbeat tunes, and Empire of the Sun’s theatrical performances. 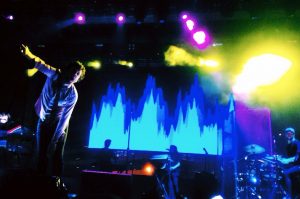 It had been windy and raining all day, but the sun managed to peek behind the clouds and the raindrops came to a halt right around the time we arrived at the festival. It was absolutely perfect. The only downside was the sea of mud and sludge that I danced in all night, and covered my shoes and pants.

But did you really go to a music festival if you didn’t end up covered in dirt, mud, sweat and/or glitter?

However, I still feel bad for our poor Uber driver who had to deal with our muddy selves dirtying his car on the way home…

Sunday was supposed to be our final day of the trip. Our Megabus was scheduled to take us back to N.C. around 4 p.m., and Niko’s friend gave us a guided tour around the city earlier in the day. We checked out museums, shops and restaurants for several hours and enjoyed the crisp fall weather.

Yet as we were on our way to Union Station, Niko received an email about our Megabus trip being cancelled due to the recent hurricane that had struck the East Coast. There were no remnants of Hurricane Matthew in D.C., but apparently the route to N.C. was unsafe.

Niko and I spoke to every Megabus worker at the station, then checked with Greyhound and other bus companies, but there were no buses heading in our direction that same day. I grew very frustrated – I needed to get home, and I had a bad feeling that that wouldn’t happen anytime soon.

After considering our options, we booked seats on a Megabus scheduled to leave at noon the next day. But as I assumed…that ride ended up being cancelled as well. In the end, we used the few airline miles I had to fly us home on Tuesday. After spending yet another unexpected full day in D.C., Niko and I were able to visit a few more museums, squeeze in several good meals, and I even did a class presentation via speakerphone. 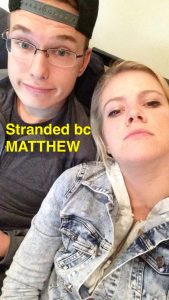 The end of the trip was less than ideal, but I’ve learned to expect bumps in the road when it comes to traveling. Especially since Niko and I tend to choose the most cost-friendly transportation options that sometimes result in delays or cancellations. We’ve had several instances of bad luck when it comes to picking the cheapest airlines and buses for our trips. Each time, I’m overcome with frustration. I immediately panic about when I’ll get to my destination, how much it will cost to change travel plans, and how it will affect my overall trip.

But with each travel blip, it becomes easier to adjust and accept that these things just happen, and that everything will be okay in the end. As a bonus, I have a travel partner who remains unperturbed each time something unexpected occurs. Niko always has soothing words and solutions to remind me how trivial these issues are in the scheme of things.

In the end, we made it to N.C. late Tuesday night after a speedy flight.

And only one flight delay.